While the most famous member of the Monstera family may be the Monstera deliciosa having become a very popular house plant, there are actually over 40 species of recognized Monstera. All of these plants were originally found in Central and South America, though their beauty has since led them to become popular indoor plants.

Since their export, these plants have adorned homes, waiting rooms, and offices around the world. Making waves as the ultimate Instagram homeowners aesthetic thanks to their statement perforated leaves. Although, it is important to know that the Monstera is not a split-leaf philodendron. It is unsurprising how often they get mixed up for each other.

Today, we’ll be talking all about this delightful evergreen perennial vine and its many varieties.

Where do they come from? How does Monstera grow in its native habitat? How do you properly care for a Monstera plant?

If you’re pondering any of these questions, keep on scrolling to learn more!


Where Did Monstera Plants Come From? 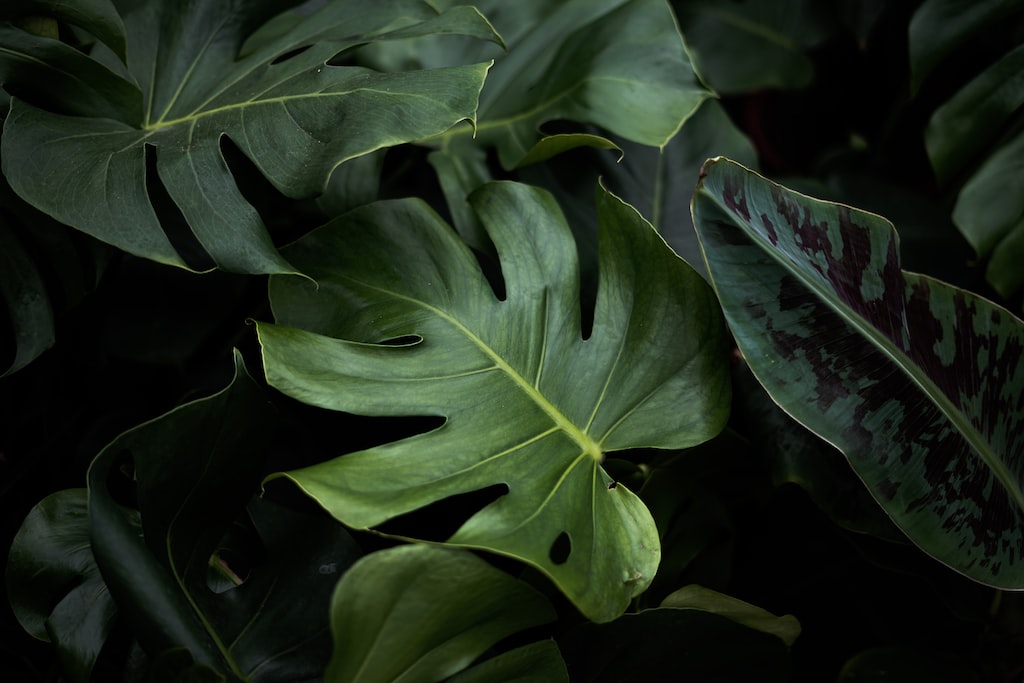 Finding Monstera in the wild isn’t exactly easy, though! It's not completely known why they are so hard to find in the wild but one possibility is that because a Monstera sapling grows so slowly from seed, it must find a tree to grow and tangle around, and if it doesn't do this before it reaches around 20cm it will usually die.


Monstera In the Wild With the question of their origin answered, it’s time to further study their habitat! The dense floor of Central America’s rainforests may offer Monstera a good spot to plant sturdy roots, but it also happens to be shady.

Most Monstera varieties, even our home cultivated plants, have a severe dislike for direct sunlight and much prefer partial shade and indirect sunlight.

The dense, interwoven tangle of tree limbs and vines overhead, which form the canopy of the rainforest, block out a good deal of sunlight.

To adapt, Monstera plants have evolved to include a fascinating system of aerial roots. Using these roots as anchors, wild Monstera plants weave themselves around trees and vines.

If you are unsure of what aerial roots are, think of the more common ivy, its roots climb up the sides of homes, bridges, and other structures to provide stability. However, the roots of Monstera aren't nearly as damaging as their vicious Ivy cousin and are used mostly as extra support and as a way to access extra nutrients.

In our homes, Monstera have proved to be prolific growers but did you know there have been examples of Monstera that have been known to grow to a towering 66 feet tall! Monstera plants have existed for quite some time. While the exact span of their existence is up for scientific debate, the human impact of the plant (and, in turn, our impact on it) is clearly defined. Because of its diversity, there’s no singular date at which Monstera was discovered. Rather, over time, new species of the genus were located and cataloged. As our knowledge has grown, the Monstera genus has even lost a few members!

The first record of the “Monstera” was in 1693 when the French botanist, Charles Plumier traveled to the Americas and discovered the Monstera Adansonii variation. You can even find his transcript, which documents his find, online.

Since then, continued expeditions into the lush rainforests of Central America have yielded over 40 different Monstera species. The most popular variety, Monstera deliciosa, was first cataloged in Mexico and Guatemala in 1840.

However, it was only in 1763 when this magnificent plant with its rich, dark green leaves and its delicious wild fruit was officially given its famous name. This plant had already become a popular house plant through England and other European countries when botanist Adanson gave it its final name - Monstera! After the discovery of Monstera, a few examples were returned to Europe. The delightful, gorgeously green fenestrated leaves caught the attention of the 19th century’s version of our modern-day influencers. These plant pioneers collected and displayed Monstera deliciosa in their homes, and the fad spread, and the rest really was history. Wild Monstera has been cultivated and used by Central Americans for hundreds of years. The leaves are often woven into baskets and its flowers are enjoyed for their beauty.

One slightly lesser-known fact is that after three years of growth, these plants start to produce edible fruit. The flavor of this fruit is often described as sweet and exotic with a varied taste palate. Some describe it as a combination of strawberry, passion fruit, mango, and pineapple flavors.

The texture of the Monstera edible fruit is also very similar to that of a pineapple, making it the perfect fruit salad plant. It’s from this delightful taste that the Monstera deliciosa gets the “deliciosa” in its name.

In other parts of the world, however, these plants are primarily grown for their beauty. Though Monstera in the wild can be massive, indoor examples tend to stop growing at around 10 feet (3 meters). However, some lavish examples can be found in greenhouses and botanical gardens, where they often travel along the beams and structural supports of their enclosures.


Monstera as a Houseplant As a houseplant, Monstera is usually kept indoors. However, if you’re in a tropical climate, you can easily keep it outside! Regions with humid, hot summers lend themselves to seasonal cultivation of the plant, though you’ll have to remember to bring it indoors for the winter.

Although, in their natural habitat, Monstera can flower with beautifully vivacious creamy white florals, when kept in our homes the Monstera rarely flowers. 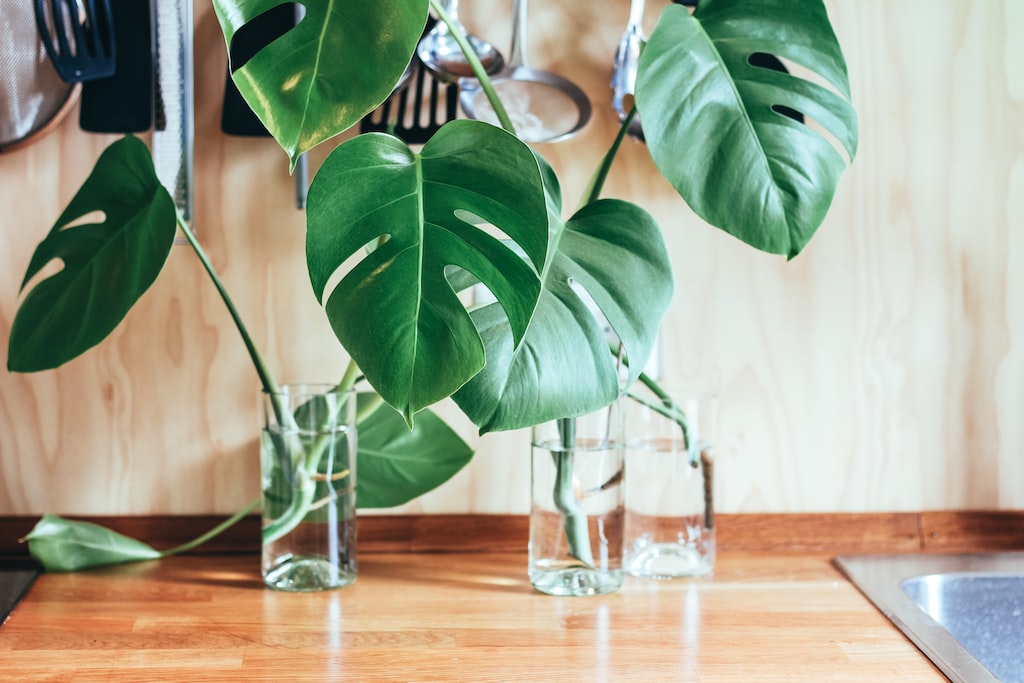 With its native habitat being a tropical rainforest, it’s important to remember that a Monstera plant needs to be kept warm. Should a Monstera plant be exposed to temperatures below 50°F (10°C), it will cease growing and enter a dormant state. Exposing a Monstera to anything below freezing (32°F or 0°C) will kill it. The ideal temperature range is 68°–86°F (20°–30°C).

As a climbing plant, it’s also important to provide Monstera plants with something to use to do what they do. Anything from a simple trellis to an elaborate climbing structure will work perfectly for your plant.

Regardless of its status as a climbing plant, it’s also important to use the right soil. For optimal growth, find peat-based soil with a composition that runs closer to neutral or acidic. This soil should drain well, allowing for your watering sessions to easily sustain the plant without drowning it.

The watering schedule for a Monstera is fairly straightforward; provide the plant with a healthy watering once every 1–2 weeks during the spring, summer, and early fall. During winter, it’s safe to cut back on watering, as the plant will enter a period of slow growth or dormancy.

When deciding on where your Monstera plant should be placed, remember that it naturally grows on the rainforest floor. Its height comes from its climb toward the filtered light of the rainforest’s canopy, so the ideal setting will mimic this.

An area with bright shade or bright indirect light is perfect for a Monstera. If you are worried your Monstera isn't getting enough light the best thing to do is keep an eye on its growth. If it looks like it's growing a bit leggier than you would like it's possible it may need a little more sunlight.

This height of your Monstera means that you’ll need to stay on top of the plant’s growth, too! Trimming the plant will keep it in check and provide clippings for propagation as well.

If you want to boost a Monstera’s growth even further, you can easily provide some fertilizer. While store-bought fertilizer is fine, homemade compost is both eco-friendly and cost-effective. If you’ve made your own compost with Pela’s innovative compact composter, Lomi, then use a 1:10 ratio of compost to the soil. Though there are currently 45 recognized species of Monstera plants, only one is commonly found as a houseplant. The vast majority of Monstera plants you’ll see in stores will be Monstera deliciosa. Other names for this beloved plant are:

On extremely rare occasions, you may be lucky enough to see a shingle plant. Scientifically known as Monstera acuminita, this variety of Monstera inhabits northern Mexican rainforests. This plant’s common name comes from its tendency to shingle a tree, laying its leaves flat against the bark. Shingle plants have gorgeous, lacy leaves, but they’re not often available for sale. 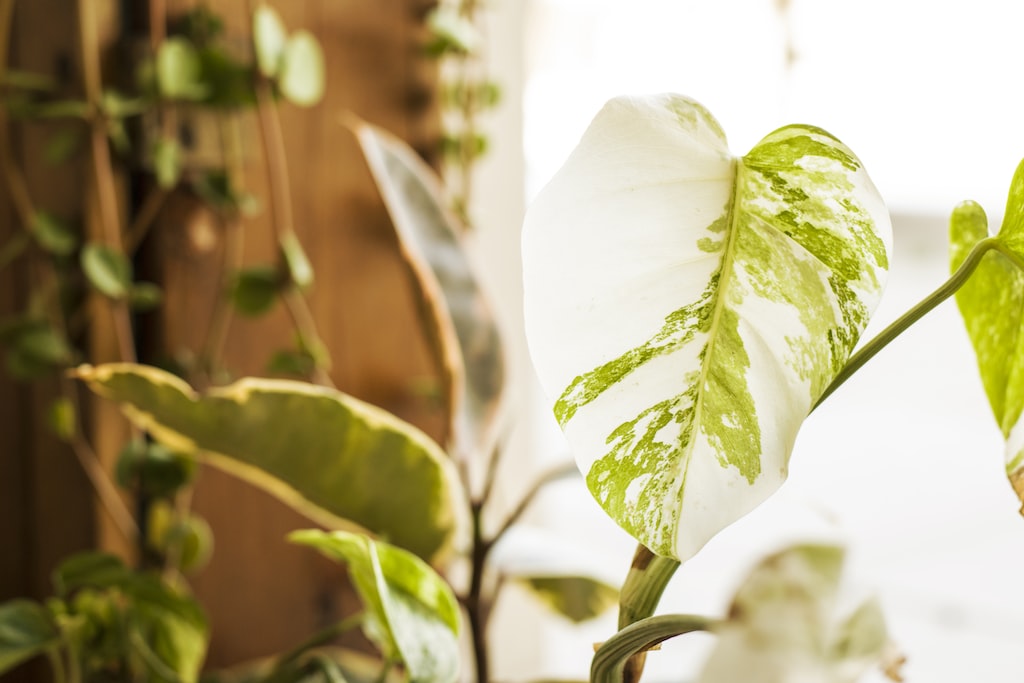 Thanks to the Monstera's popularity as a house plant you can find a lot of variegated varieties of this single plant genus. Some are harder, and more expensive, to purchase.

Some popular variegated varieties (although their price varies) are:

It's important to know that most variegated Monstera are sold as cuttings or clipping. You can purchase seeds from variegated plants but you won't know for sure if you have a variegated Monstera until it grows. So it is a much more common practice to purchase a clipping of your desired variegation.

Owning a Monstera plant is much like having any other plant: it’s a rewarding (and, at times, delicious!) experience. Monstera tends to sit on the easier end of the cultivation scale, making it perfect for people who want a bit of greenery to brighten their home but don’t necessarily have the time or desire to spend hours caring for the plants. In addition to their wide availability, Monstera plants boast an unmatched beauty.

If you own or are considering owning a Monstera, now is a great time to think about composting. Instead of spending money on industrially produced compost, you can now make top-shelf quality compost at home.

Lomi is an innovative countertop composter with the ability to turn your food scraps and approved bioplastics into rich, organic compost in less than two days!

You can reserve a unit today for $49 today; when the units begin shipping, you’ll pay the rest of the $450 cost. Lomi units will start rolling out in January 2022, so don’t miss your chance to be one of the first to own one!